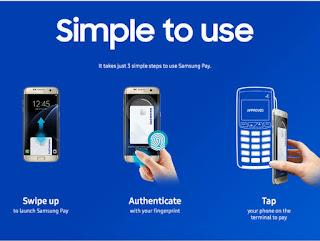 Reports earlier came that samsung is currently testing its payment service in India.
However these were rumours and hard to believe, but samsung india has officially teased its payment service in its nougat update
Samsung s7 got nougat update all over the world and now that it has arrived in India it just teases that “FUTURE OF PAYMENT IS COMING SOON” users are getting this information as soon the get the update,not only this,in update of 1.2gb even samsung pay gets installed on your device with nougat update. This means that samsung has come close to launch its payment app. This is a greater chance for samsung to launch as india is marching towards cashless payment and samsung pay may be boon to users due to its MST payment along with nfc as most the pos machines do not have nfc reader in it.